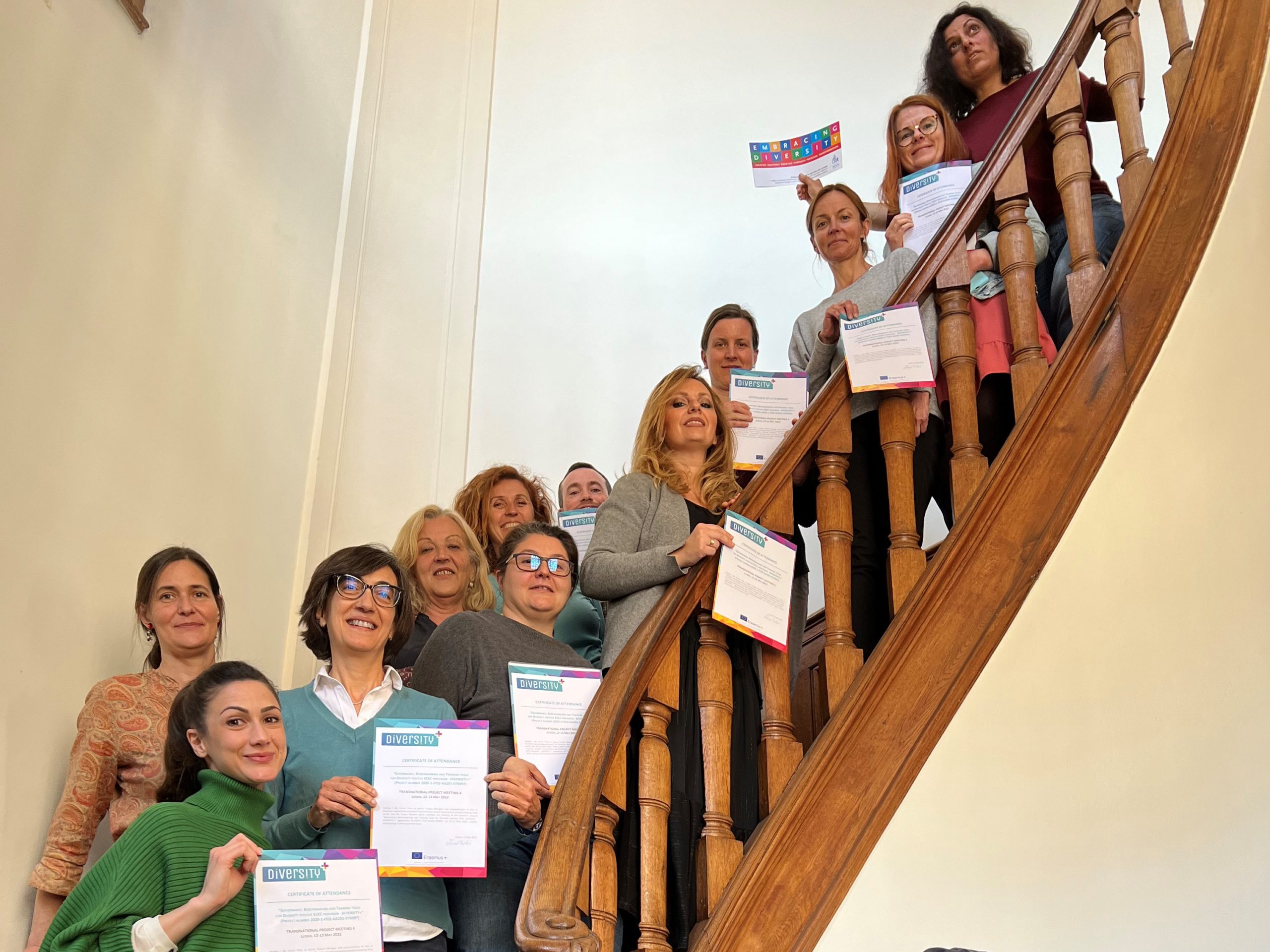 Hosted by the project partner ISSA, the Diversity+ team had a two-day transnational meeting in its Leiden office on Thursday, 12 and Friday 13 May. A total of 19 participants from Bulgaria, Czech Republic, Italy, Slovakia and United Kingdom, attended this meeting.

Together we worked on the next two outputs of the project: developing a framework of qualifications for the role of a Diversity Ambassador within the ECEC workforce, and the creation of a serious game to support ECEC professionals in dealing with every day diversity issues.

The aim of the Diversity+ project is to define key competences that early childhood educators should acquire or develop in order to convey values such as equality, respect and valuing individual uniqueness.

An update on the state of play

The meeting began with an update on the state of play of the project by the project coordinator, CIAPE. The project is already baring some positive fruits, recently formally reported by the same coordinator to the Italian Erasmus+ National Agency – INDIRE. It has been very rewarding to see that tools (Open Educational Resources) produced so far – the Diversity+ E-book, the Diversity+ Charter and the Footprint Assessment Tool – have been positively received by the target audience, and requests for translation into other languages have been proposed. Additionally, there have been positive trends in website traffic on the Diversity+ website. In the last semester, the number of page views has tripled.

Having touched base on where the project stands right now, the participants moved on to discuss the next Intellectual Outputs (IO) that Diversity+ will produce.

This output focuses on defining the competences for the role of the Diversity+ Ambassador in the ECEC. The role will be aligned with the European Qualification Framework level 5 and encompasses key knowledge, skills and attitudes required to respond to the individual needs of children from different backgrounds and with special educational needs, and to manage diverse groups. This Intellectual Output is being led by the Italian project partner CIAPE, and will be launched, in multiple linguistic versions (English, Bulgarian, Slovak, Czech and Italian) in July 2022.

A serious game to tackle equality and diversity

On the second day of the meeting, the team worked on the scenarios for the serious game. This online tool will support professional development of ECEC practitioners, and enable them to tackle issues of equality and diversity. This is the fourth Intellectual Output in the series and is by the Czech project partner, Schola Empirica, in collaboration with Link Campus University — our technical partner in the project — who will develop the online platform for the game.
The Serious Game is an interactive storytelling tool with thirty short stories that illustrate children’s realities in ECEC. These interactive stories aim to empower practitioners and children to recognize and address biases, prejudice, discrimination, and exclusion, to think critically, speak up for themselves and others, and treat everybody with respect, regardless of differences. After the technical and content output methodology was presented, the whole team worked in groups on ideas for the 30 interactive scenarios that the serious game will include. Some of them will be further develop within the national contexts of partners in collaboration with relevant stakeholders, e.g. in the frame of ad hoc workshops organised in the frame of the upcoming Erasmus Days 2022. The process of developing scenarios was additional learning opportunity for the consortium partners and triggered discussions and critical reflection on existing practices in ECEC and constructive ways of dealing with conflicts and hurtful events that some children face on daily bases.
Overall, the meeting was very inspiring, successful and productive. Meeting in-person provided a great opportunity for the project partners to interact, get to know each other, and explore Leiden. This was a real treat after so long period of isolation and online events. All the partners are eager to meet again soon in UK.

A Snapshot on Diversity and Inclusion within German ECEC

The Diversity+ Ambassador is born!